Have you ever had someone blaze in and out of your world unexpectedly?

"Comet Boy" is the protagonist of this musical, but he was also a real man who shone brightly, dazzled those who witnessed his beauty, and burned away far too soon. Whether or not you've had a Comet Boy in your life, you or someone you love has likely been touched by suicide. This musical explores the way Comet Boy lived, the way he died and the lives he illuminated along the way. 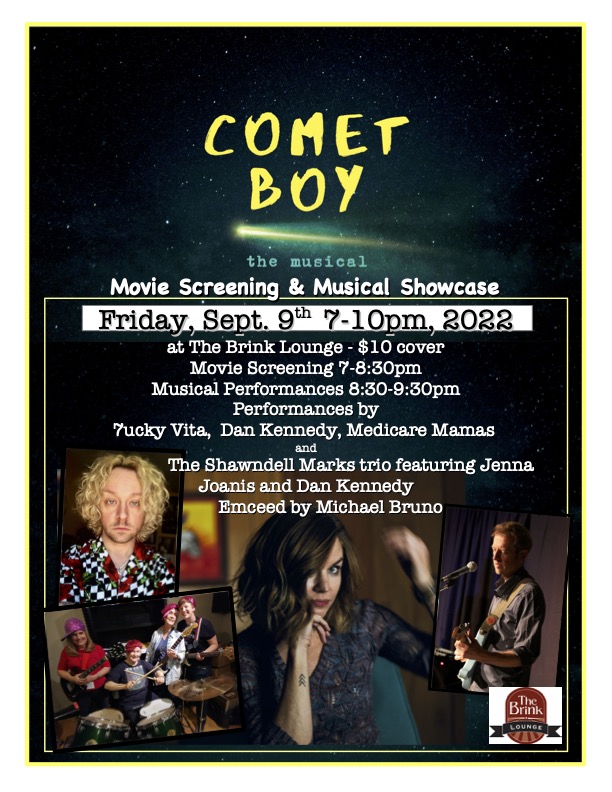 “Comet Boy, the Musical," is a show featuring the writing and original music of Jackie Bradley, reflecting her journey with a loved one through depression, ending in suicide. The story is based on “Comet Boy,” Bradley's first album of original songs. It's not presented in a dark way, but rather, a sensitive one. The show ends on an uplifting note inviting the audience to be a light for those who have lost the will to shine.

In 2019 the debut of “Comet Boy the Musical” was a huge success, performed before a sellout audience in Madison, WI. Because this project was met with overwhelming love, acceptance, and demand, Bradley planned to reprise it in September of 2020 during Suicide Prevention Week. With the onset of the pandemic, this plan quickly changed and Bradley worked with a team to create a movie version of the musical, which first aired in September 2020 to help spread the word about prevention, destigmatization and awareness of mental health issues and suicide. Also, a new, live recording (CD) including the 14 tunes in the show was recorded and is now available via iTunes and Bandcamp.

Always a music lover and writer, life's circumstances set her on a long journey to the place where she found her voice. A mom and grandma with a former medical career, her life changed in 2008 when she met a new friend, lovingly dubbed Comet Boy, who helped her realize her creative dreams. Musically talented and a sound engineer, this man helped her produce eight records of piano music. He took his life in 2012, an event that sent Bradley on a new path. When she was looking for answers to the tragedy, Beth Kille, another life-changer, stepped in and showed her the way through songwriting. Beth produced four more records of Bradley's original tunes, performed by some of Madison's best musicians. After the release of all of these albums, Bradley's next ambition was to write a musical. She completed that project in 2019 with the assistance of musician Shawndell Marks and Director Michael Bruno. This musical shines a light on suicide, which continues to be more and more prevalent. The show is powerful for all....suicide survivors, those who have lost loved ones to suicide, those who contemplate suicide, and those who know nothing about suicide. Having produced 12 CDs, written a novel, and 100s of free lance articles, this musical was the frosting on the cake of Bradley's accomplishments. 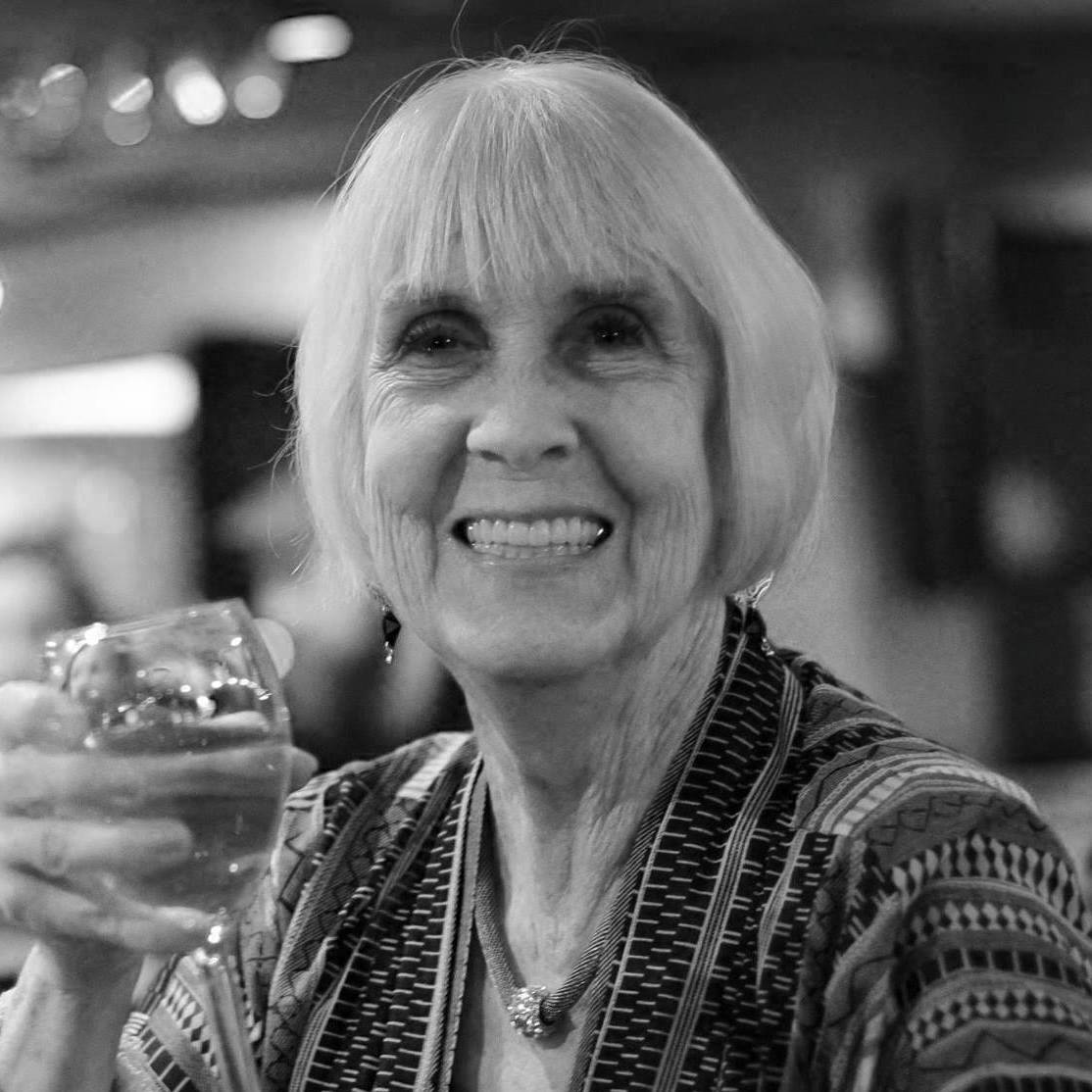 Hit the "subscribe" button above to receive updates on ways to order copies of the DVDs and Soundtrack CDs.  Sound track is currently available for download on: Bandcamp iTunes

"Jackie Bradley has a gift to touch hearts and open minds to topics people might otherwise avoid. 'Comet Boy' is a work of art. Its message is priceless" -Audience member
"'Comet Boy' saved me from quitting life." -Cast member

Scenes from the Filming

Images below of the making of Comet Boy, the Musical Movie 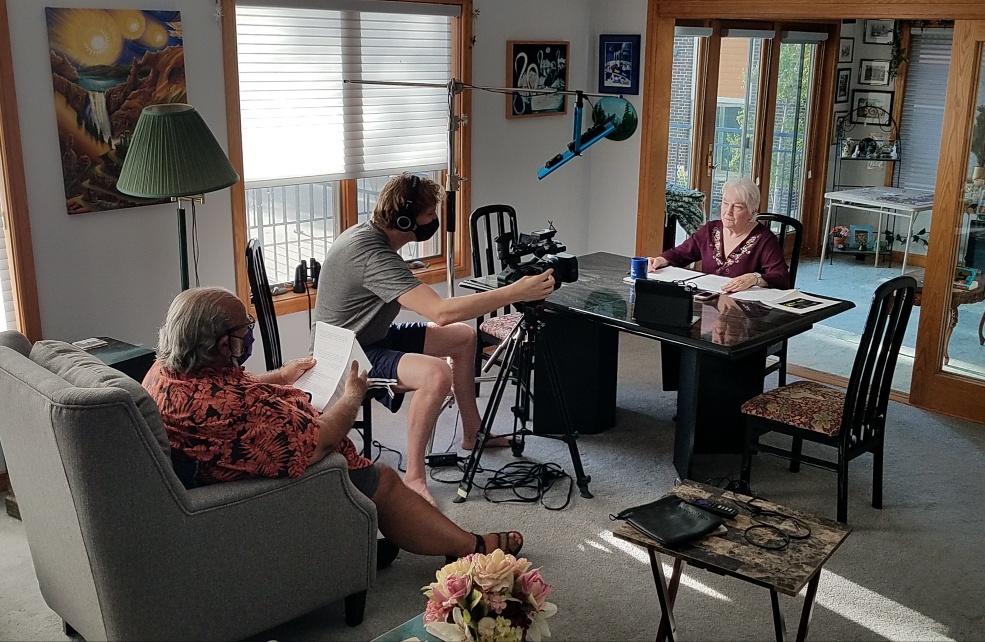 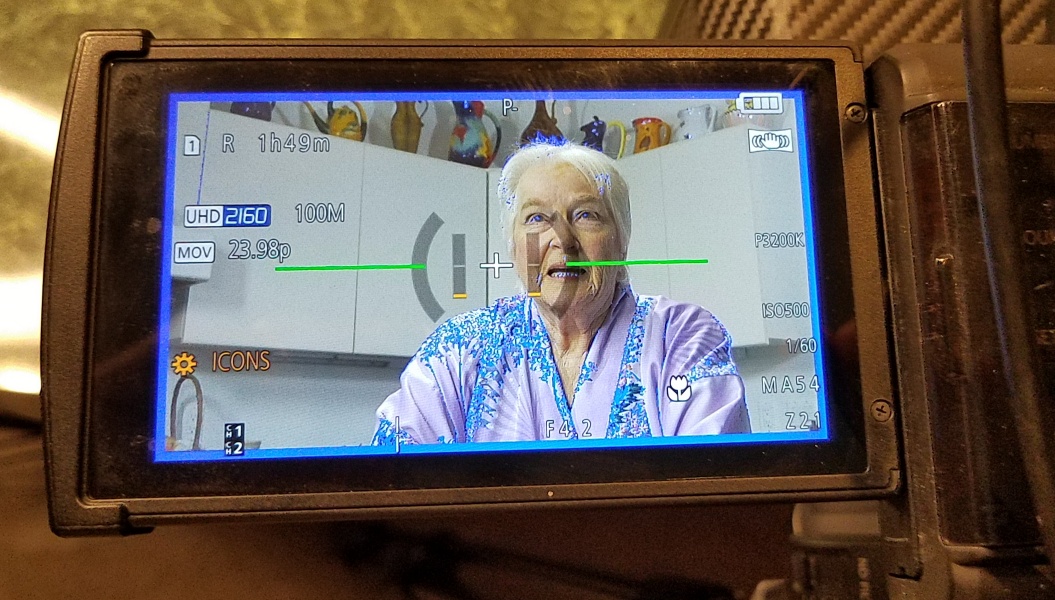 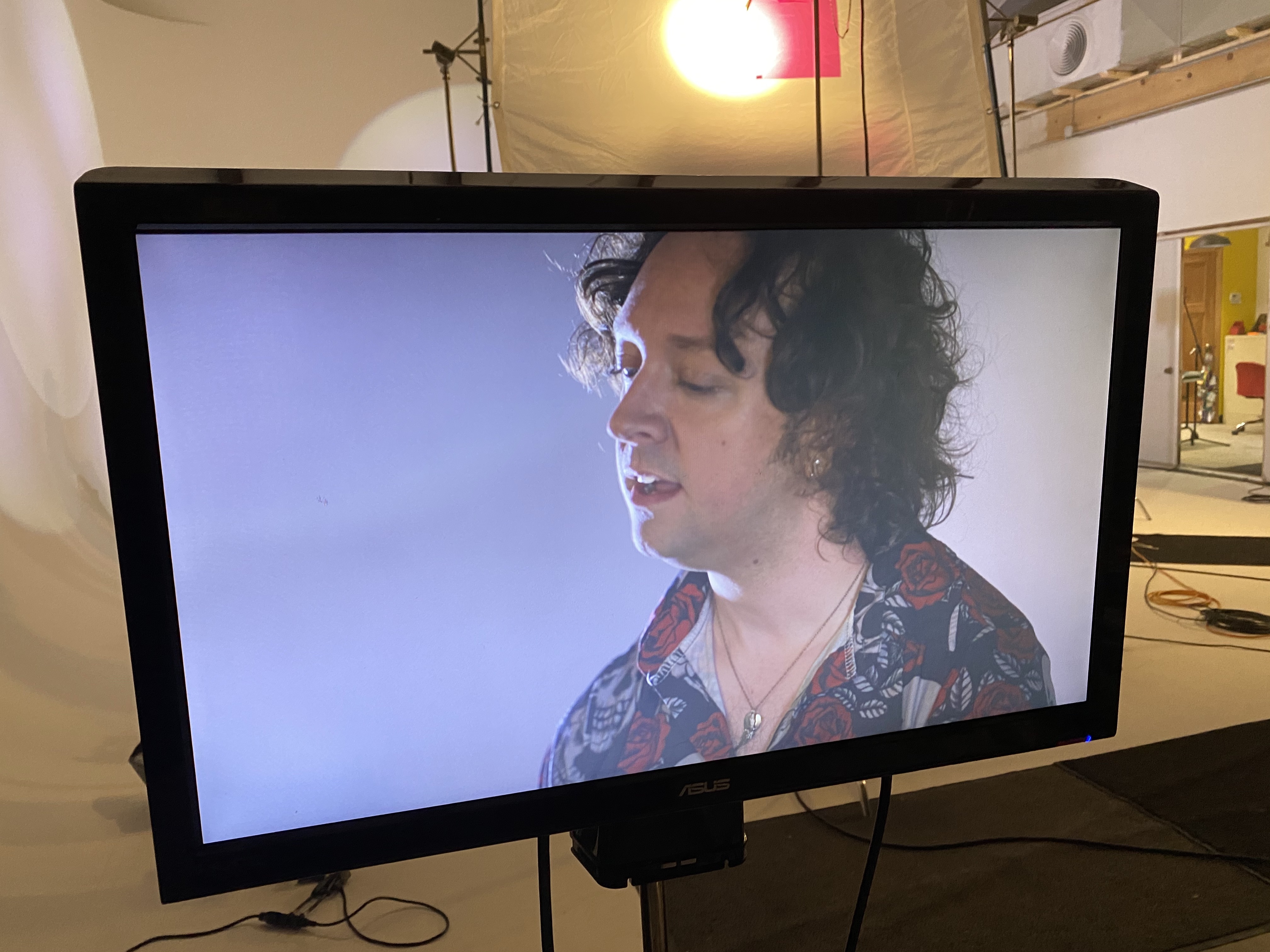 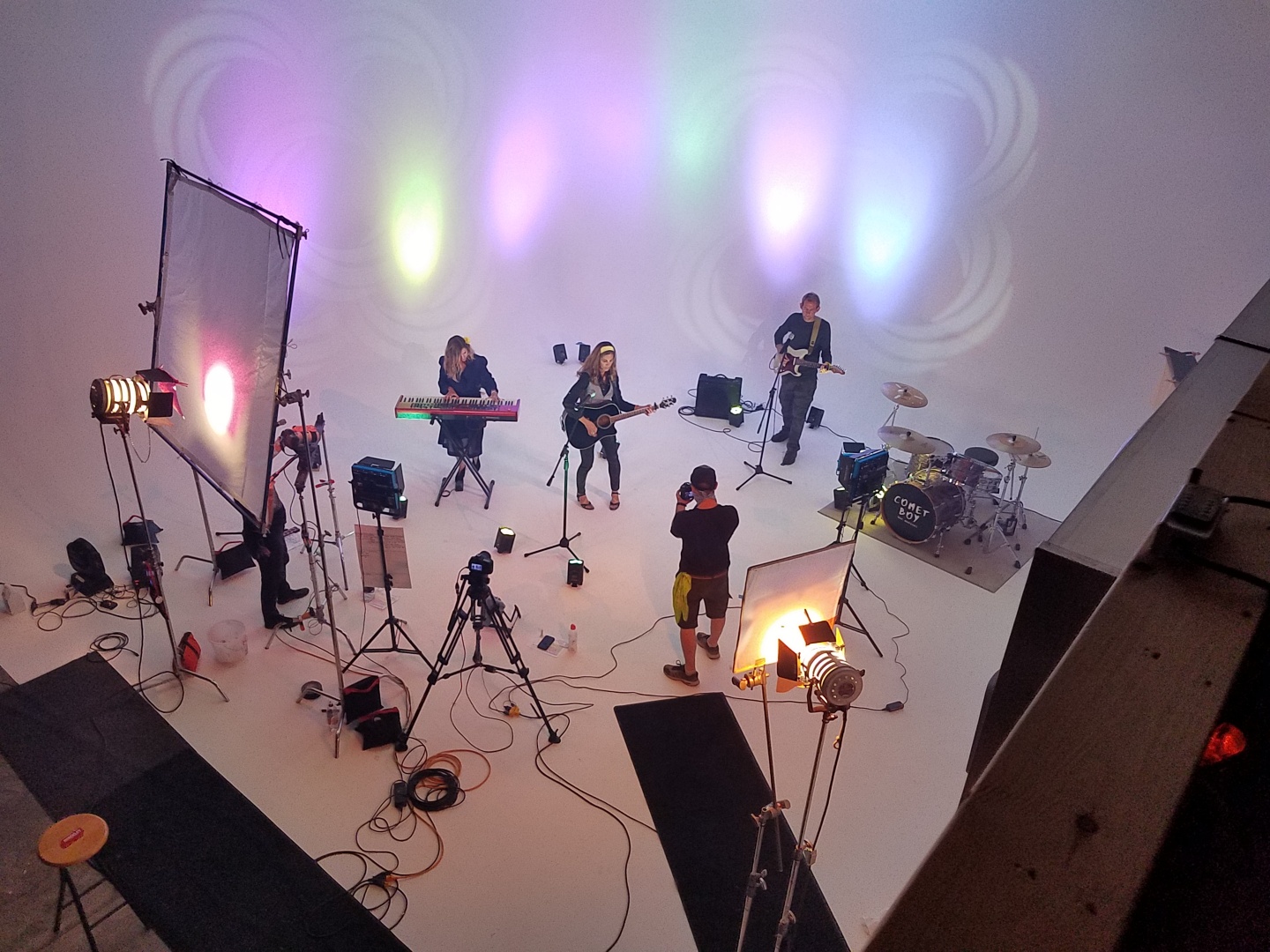 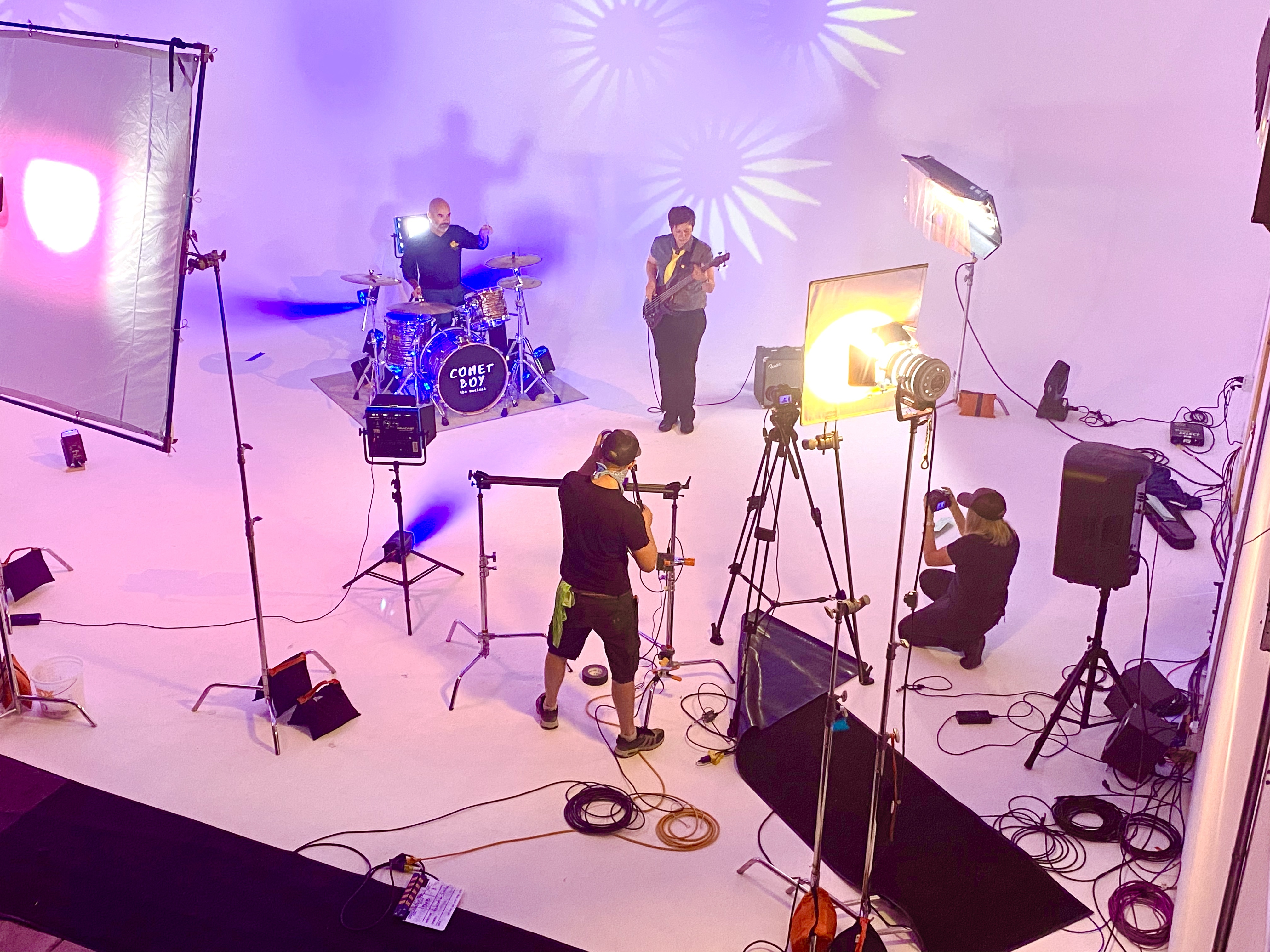 This project is funded in part by a grant from the Madison Arts Commission, with additional funds from the Wisconsin Arts Board 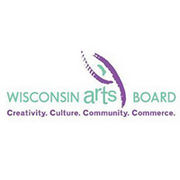